Looking for a way to watch the Julio Cesar Chavez Jr vs Sergio Martinez fight online for free? Here’s one website that shows the fight for FREE for real! 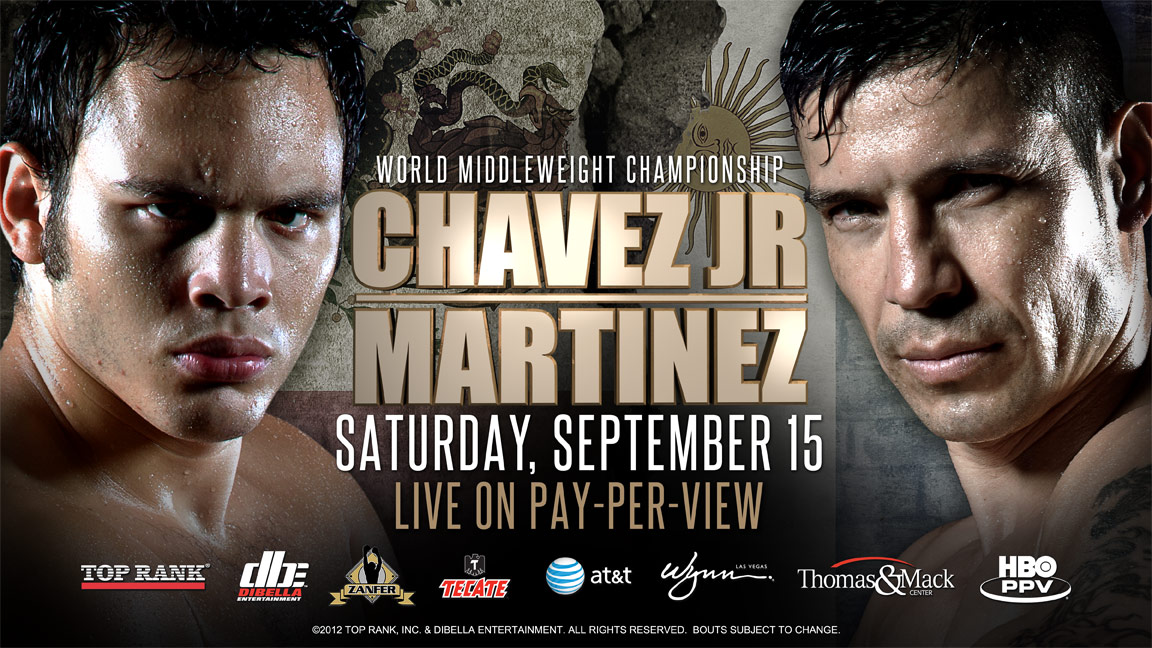 Are you looking for a way to watch the Julio Cesar Chavez Jr vs Sergio Martinez fight online for free? You’re in luck because after hours of scouring the Web, I finally found a website that does show it for FREE! The link to the free live stream is at the end of this post.

I like boxing, but I don’t like the idea of spending money on HBO pay-per-view, especially since I am the only person in our household who likes boxing. It took me a while to find one website that shows the Chavez Jr vs Martinez fight that actually works. 99% of all the other websites that I found in the Google search results claim that they have links to a free live stream. But when you click the links, they take you to a casino site or another website that requires you to sign up or another website that requires you to pay (though not as expensive as HBO).

The Julio Cesar Chavez Jr vs Sergio Martinez live streaming site not only has one but eight live streaming channels that show the fight. To top it off, it also contains links to free live streams of the Saul “Canelo” Alvarez vs Josesito Lopez, which promises to be another great fight. I don’t know why the promoters chose to schedule both fights on the same day, which will split boxing fans. Anyway, I like Canelo, but I think the Julio Cesar Chavez Jr vs Sergio Martinez fight will be a lot more interesting, considering the animosity that’s been building up between the two fighters leading up to fight night.

Who do I think will win? I’m betting on Martinez — he’s more experienced and he’s very hungry for a big win. I’m not sure if HBO misportrayed Chavez as a spoiled and arrogant brat in the Chavez-Martinez 24/7 episodes on HBO, but I sure thought that Chavez looked and acted the part. Las Vegas odds currently favor Sergio Martinez (37-years-old) at -200, while Julio Cesar Chavez Jr (26-years-old) is the underdog of +170. That’s one huge, young, strong, aggressive but arrogant underdog. I’m hoping Martinez’s use of his cutman’s hyperbaric chamber does indeed help him in the later rounds, especially in this fight against a taller, bigger, and younger opponent.

Anyway, without further ado, here are the links (I found a couple more) that I promised to the free live stream of the Julio Cesar Chavez Jr vs Sergio Martinez fight.

Miscellaneous
Ahead in points for the first 11 rounds, Martinez gets knocked down hard by Junior in the 12th and almost didn't get up. This...
Read More

Google ad for the Super Bowl

If you're looking to buy or rent a house, condo, or apartment in Toronto, here's a list of Toronto real estate websites that you...
Read More

Gmail detects when you forget to attach a file for sending

Gmail is getting smarter. It can now detect when you want to send a file but you forget to attach it. I, personally, think...
Read More